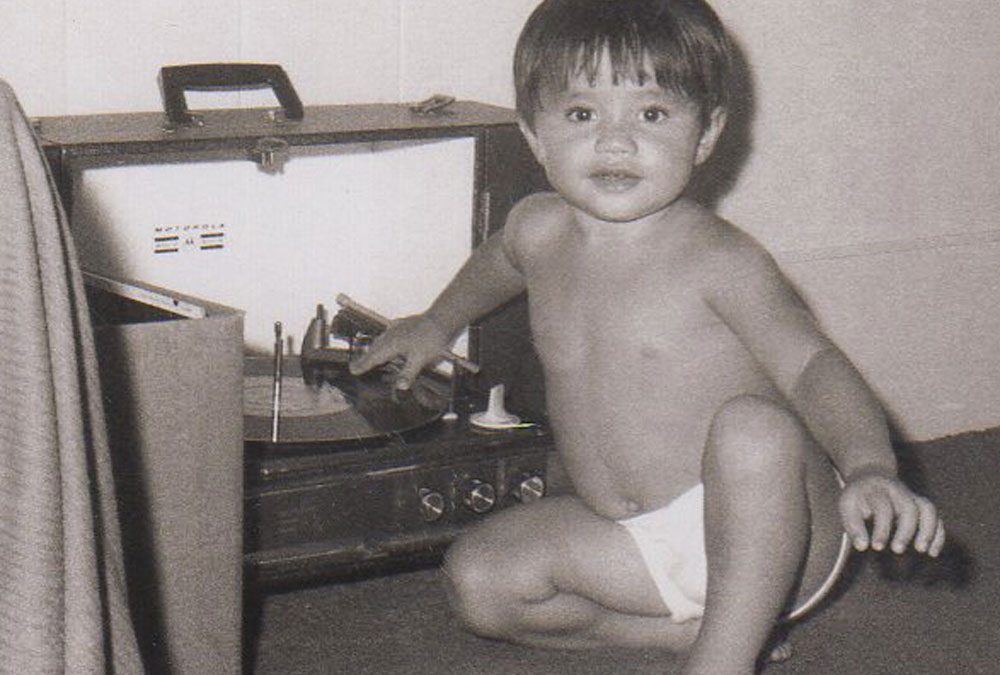 It’s 1973. I’m three years old. On his way to work in the early morning, my father would drop me off at Carol Oliveira’s house in lower Wahiawa, where she would babysit me for the day while my both my parents were working.

My most vivid memory of Carol’s house was her Gold Bond trading stamp redemption catalog. In the ’60s and early ’70s, people would fill books with stamps from store purchases and redeem the books for mail order merchandise. I was transfixed on one page in Carol’s redemption catalog – and it wasn’t a page of stuffed animals, toy trains, or anything a three-year-old would immediately gravitate to. It was a photo of vinyl records. And there was one particular record I kept gazing at. 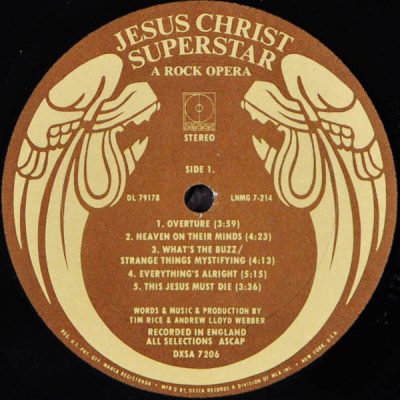 I immediately recognized the distinctive record label – dark brown with two gold angels facing each other. My considerably older sister had the album, and if you believe the stories my siblings tell, I would spend all day not only listening to but also staring at the labels of my siblings’ records as they played on the family turntable. My little baby head would move in small circles, mesmerized by the colors and designs the 33 and 45 revolutions per minute would create. My family was afraid my head would fall off.

Though I zeroed in on the Jesus Christ Superstar record label in that Gold Bond catalog, it wasn’t my favorite to listen to and watch. I loved staring at the green apple on Side 1 and sliced apple on Side 2 of my sister’s Beatles “White Album”. It was weird for a baby to see food on a record label. It was even weirder for a baby to figure out what the heck “Revolution 9” was all about.

I didn’t want many toys when I was a baby. I wanted records.

My father would take me to the Kress store every payday and hold me in front of the locked rack of 45 RPM records so I could pick one or two I wanted. I selected the records not by what song I liked hearing on the radio, but by what record label design caught my eye. That was so much fun! I was particularly drawn to the blue and gold MGM Records label, so I had more Osmonds records than I probably should have. I was still attracted to the Apple Records label, so I had a few solo Beatles 45s, though the “Ringo in the foil star” custom label of Ringo Starr’s “Photograph” 45 threw me off. That label disturbed me. Listening to “Photograph” today still gives me an odd feeling. It could be because I woke up late one evening crying after a bad dream, and the song was playing on a nearby radio, but I digress…

While I was collecting records as much as my parents could afford, my older brother bought a color pen set. Fascinated, I started to draw. I would try to recreate the record label art and band logos, often on the record labels and album covers themselves (of course, this would be anathema to the record collector I am today!).

Even though I was a kid who loved music as much as the artful packaging it came in, this is where my interest in graphic design began. And I still had a year to go before I started kindergarten.

It was no surprise my favorite projects in elementary school were the ones that allowed me to draw – yet, music was still very important to me. I’m pretty sure I was the only first grader who’d pencil-sketch the guitarists in Lynyrd Skynyrd for class and bring the latest Sylvers and Wild Cherry 45s for show and tell. And my world opened up even further when we were taught how to write the alphabet.

Learning handwriting was fun and easy, thanks to all the record labels and band logos I copied at home. Oddly, writing in pen was forbidden in kindergarten and first grade, so our teachers would confiscate pens from any student caught using them. I was confused, since by then I was using pens for at least two years. So I had to use a pencil, which I found terribly primitive.

I was commended by my teachers at how nice and neat my handwriting was. I didn’t think anything of it because it came so naturally to me, and, truth to tell, all of my family has nice penmanship. I guess it’s inherited.

And I was still drawing on my record labels.

When Kym is not preparing files for print, he is a musician and avid collector of vinyl records and CDs, curating an extensive music library. If you’re looking for an obscure record, chances are he knows about it — and how to get it.